For once there is something in an article by Simon Jenkins with which I agree. He wrote that “Britain’s wiping out of polytechnics in the 1990s and the subsequent suppression of 16-plus technical education was a disaster … It left industry bereft of trained skills and work ethic, and reliant on foreign migrants.” Leaving aside the negative connotations of that last clause, I concur that lumping polytechnics and (pre-1992) universities together as all the same is unhelpful. They do not all have, or wish to have, indistinguishable missions and student populations, and thinking of the sector like that has been not only unconstructive but damaging.

Despite his comment, Jenkins proceeds to treat the university sector as a homogeneous collection of institutions, attacking them all as “bastions of privilege”, a description that will incense vice chancellors and their staff. As a PPE graduate of Oxford, he has experience of a particular period of history and a particular course of study from which he has made general extrapolations that don’t stand up to scrutiny.

Why don’t his criticisms stack up? Churchill College, Cambridge, of which I am the Master, is required by statute to admit 70% of our students in the Science, Technology, Engineering, Medicine and Mathematics (STEMM) disciplines. The education – I stress that word because this isn’t the same as training – we provide through the university does not fit cosily into the squeeze-all-the-lectures-into-two-years scenario that he advocates. Degree courses in physical sciences and engineering, for example, were extended across the sector from three years to four about 20 years ago. This happened long before £9,000 fees were introduced, so it was not about universities grabbing more money. It was what was required educationally to compensate for changes in the school curricula. The extension was also made in response to the demand from employers for higher levels of graduate skills in these disciplines.

Polytechnics of the past provided specialist and technical training, typically in shorter, part-time or day-release formats, that prepared their students for a specific goal and a different sort of qualification. Typically, this would have been in a practical sphere, perhaps training up (and yes, I mean training here) the medical technicians who carry out screening of samples GPs send in, or those who operate expensive machinery in our hospitals. Or perhaps instructing those service people who are qualified to carry out gas or electricity work in your home to high safety standards; these students used to work towards HND and OND (Higher and Ordinary National Diplomas respectively) qualifications to demonstrate their level of achievements. Such trained workers are indeed a vital resource that we are now desperately undersupplied with in the UK. The polytechnic courses met a need that I would wager is not well met by the current structure and expectations across our universities. By turning everyone into “graduates”, we have instead ended up needing “migrant” (to use Jenkins’ word) technicians, but have baristas with degrees. This does not amount to progress.

A compressed two-year course might be appropriate to fit the old polytechnic bill for technical training, but that would not equate to the outcome of the standard four-year course now offered in engineering. If Jenkins wants to reintroduce such differentiation in the sector – or indeed if Jo Johnson as minister wants to do so – can we please make clear that the product of such training would be different from current provision? It could certainly be described as extension of choice. However, it should be seen a choice that balances costs and outcomes, producing a cohort of valuable, well-qualified individuals to fit real needs in our society, though clearly not with the same skills as those obtaining a degree after four years.

I would urge that in parallel with any introduction of such two-year courses, institutions continuing to offer three or four-year degrees should be recognized as providing education directed towards a distinctly different end-point. Perhaps this would require a differentiation in institution type to re-invent polytechnics, by another name if necessary. 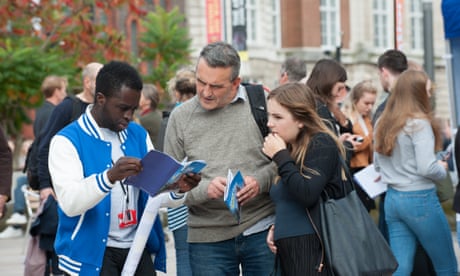 An additional line in Jenkins’ attack implies that if universities were all required to offer two-year courses, it would focus academics on teaching rather than wasting our time doing research. But engineering and science students on four-year courses will, if they are to acquire the skills the Confederation of British Industry and others want to see, need to be exposed to research – research their teachers currently do as a natural part of their jobs. Teaching and research do go hand in hand, whatever Jenkins may think, at least in the STEMM disciplines I am familiar with. The engineers of the future who will be able to create the disruptive technologies or innovations that Britain so clearly needs have be able to do more than learn facts at speed. They must be allowed to explore, design, create and research during their courses to develop a suite of skills.

Jenkins’ final swipe, that the switch to two-year degrees would mean “most universities could then pay their lecturers properly, to teach full-time” is potentially the most damaging. Does he really believe that university staff should not also be researchers – and therefore less well equipped to teach the more creative aspects of science and engineering? Does he, moreover, want the UK to lose its long-standing international eminence in STEMM research? It seems to me that he has not taken the time to think through what he is proposing.